Lone Mountain Aircraft (LMA) Maintenance is a full-service Cirrus Authorized Service Center, led by four senior technicians with over 100 years of combined experience. Customers of LMA Maintenance can trust that a team of trained and seasoned industry experts are handling their aircraft with care and professionalism. 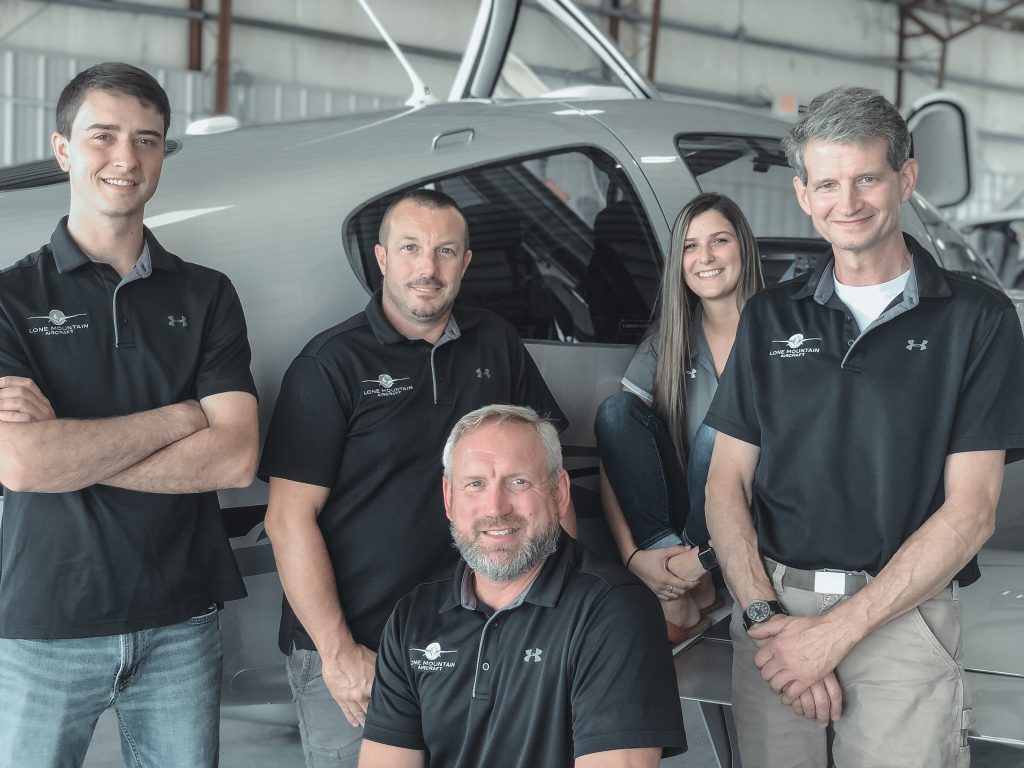 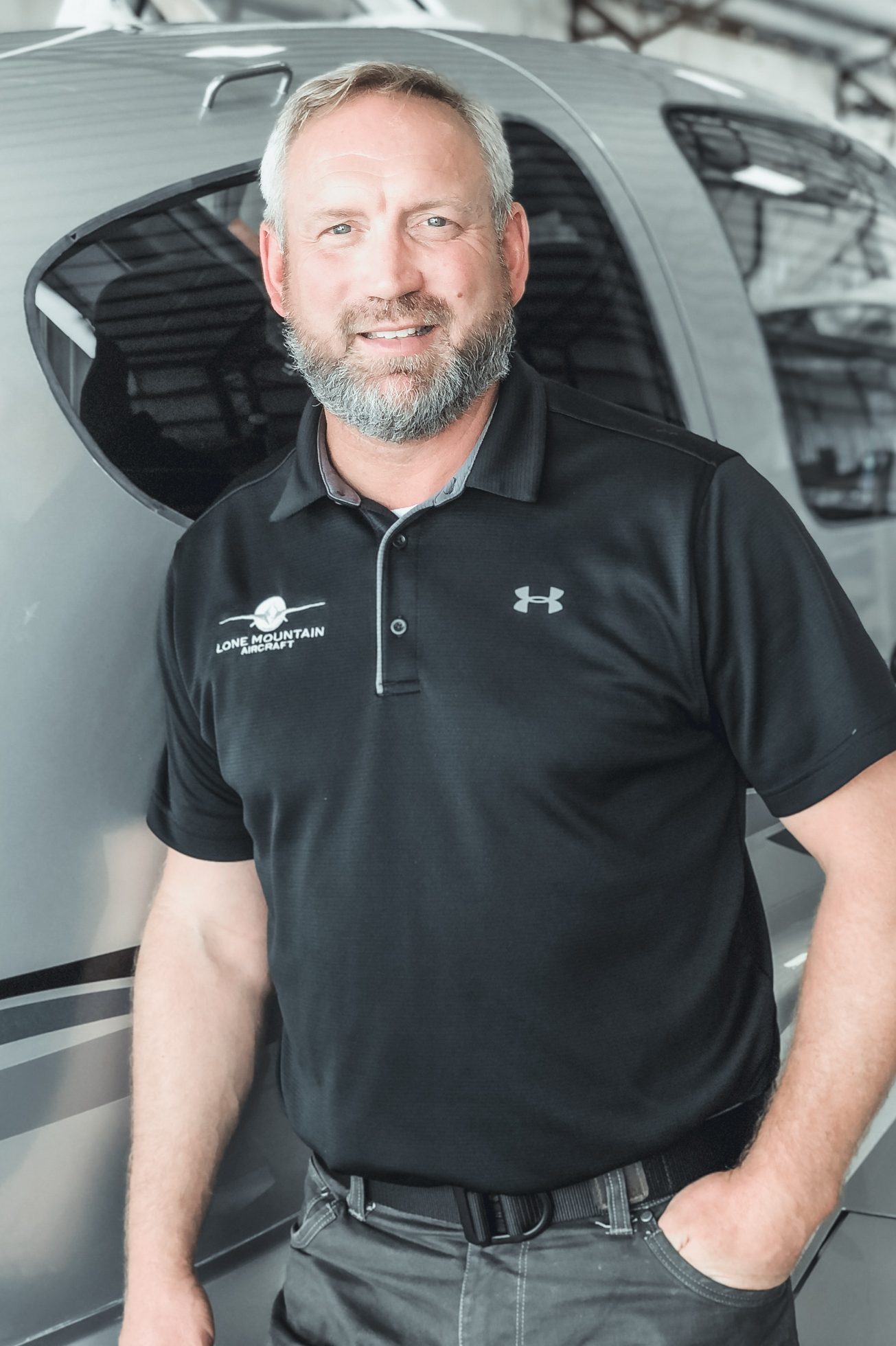 At that time, Ryan moved into government contract work at L-3 Communications (now L3 Technologies), serving as a Senior Field Engineer in Afghanistan, Iraq, and Kuwait.

Ryan came to Lone Mountain in 2013 and serves as the Director of Maintenance for Lone Mountain Aircraft Maintenance. He is in charge of overseeing employees and everyday maintenance activities, tool calibration, tool and equipment upkeep, annual maintenance inspections, and ensuring all technical data is up to date. He is also an instrument-rated pilot.

Ryan and his wife, Meghan live in Jeffersonville. They have three children: Hensley, Cole, and Clay. 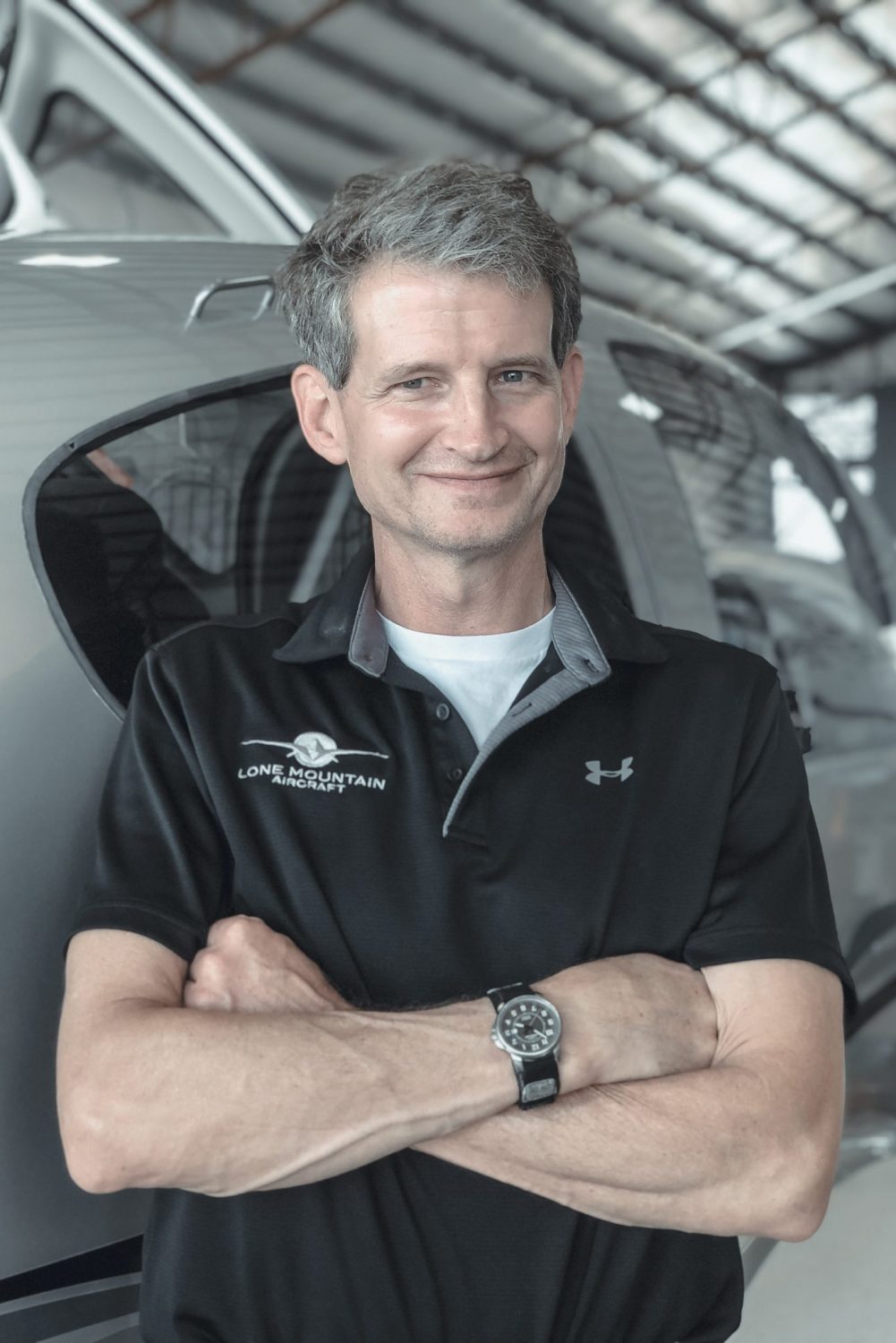 Brook first began his career in aviation maintenance in 1985 with Penco, working on everything from Convairs to 747s. He was employed at Airborne Express for 18 years, where he worked on YS-11s, DC9s, DC8s, and 767s. Brook was hired as a technician at Lone Mountain in 2015. He enjoys working with the demanding technology and electronics that are required in aviation maintenance.

Brook is married to Erica, and they have two grown children, Connor and Kellis. 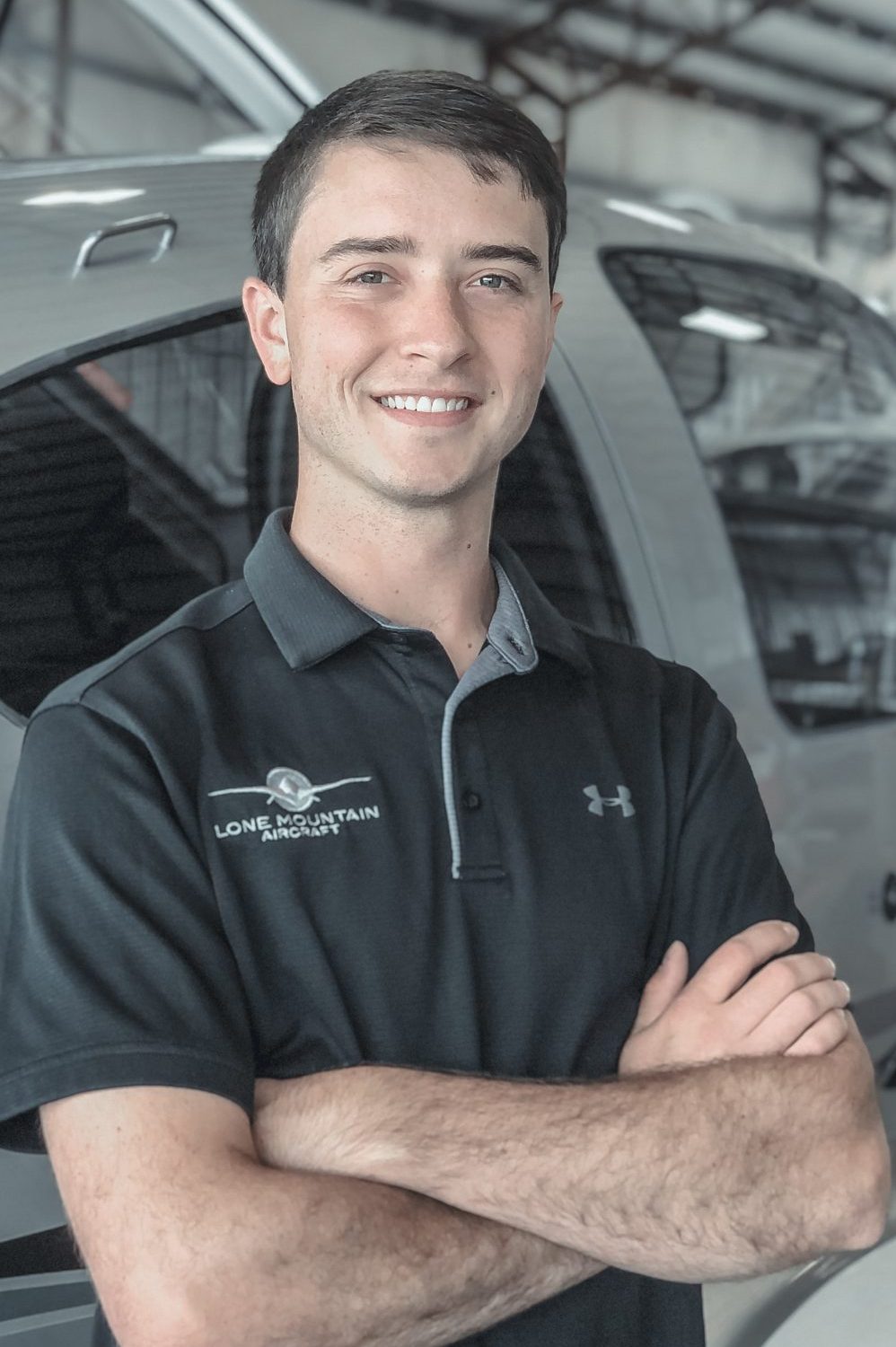 Adrian’s interest in aviation began at the ripe age of 16. At Miami Valley CTC vocational high school, he chose to study aviation maintenance and became the youngest to complete Airframe and Powerplant school. He was hired at Spectra Jet in 2012 at age 16, where he began working on Learjets. Adrian came to the Lone Mountain team in February of 2018 as a technician for Cirrus SR series.

Adrian is from Brookville. He enjoys spending his time outdoors and is planning to get his pilot’s license. 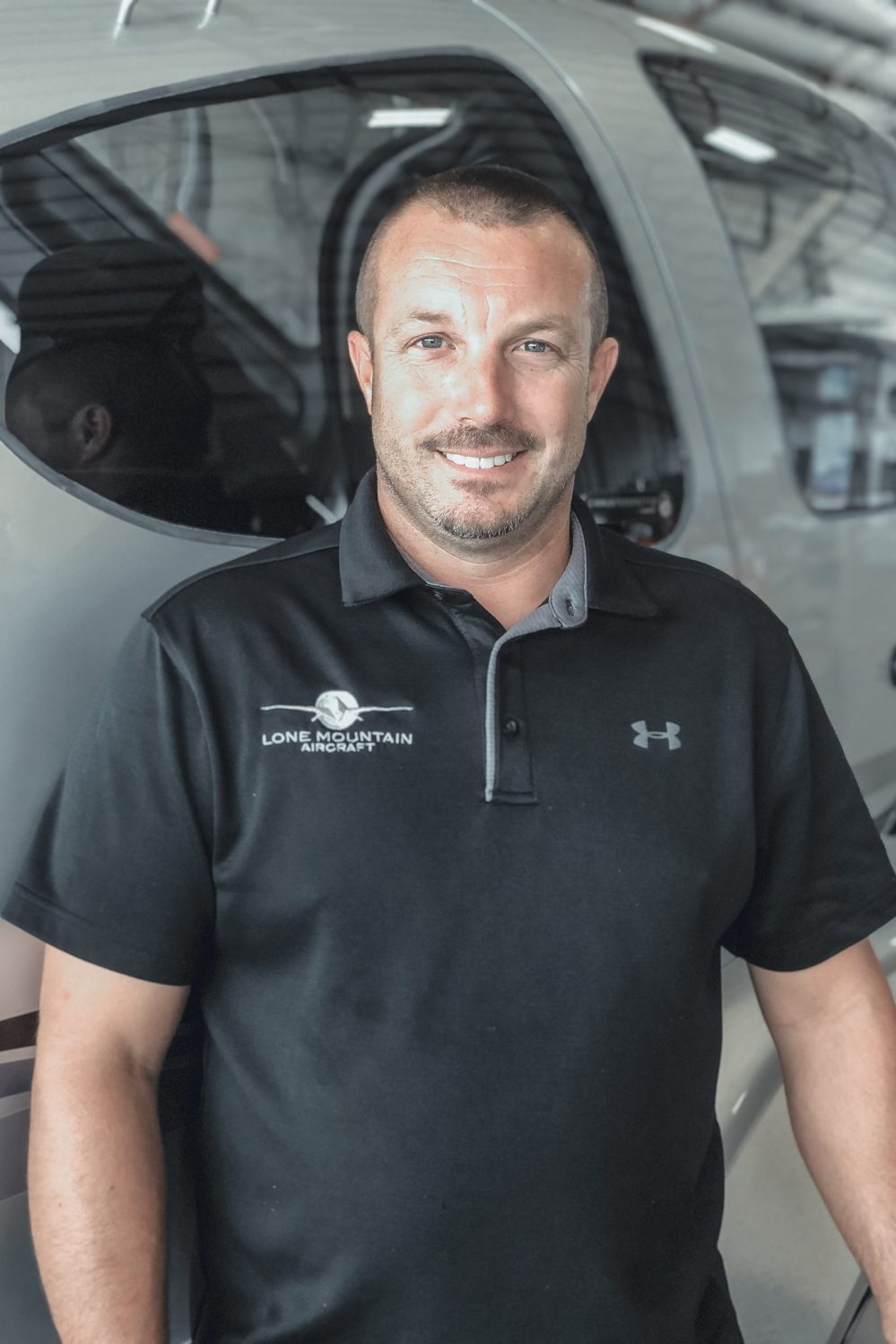 Jasson began working in aviation in 1998 when he was hired at Clinton County Airport in Wilmington, Ohio, to maintain their Cessna Citations, Pilatus PC-12, and flight school fleet. He holds an inspection authorization and a 91.411-.413 repairman certificate. Prior to joining Lone Mountain, Jasson managed a general aviation shop at Lebanon Warren County from 2003-2019, where he maintained a wide variety of aircraft. Jasson joined Lone Mountain in September of 2019.

Jasson shares his life with his wife, Shanna, and their three children, Trenton, Aisley, and Kinley. 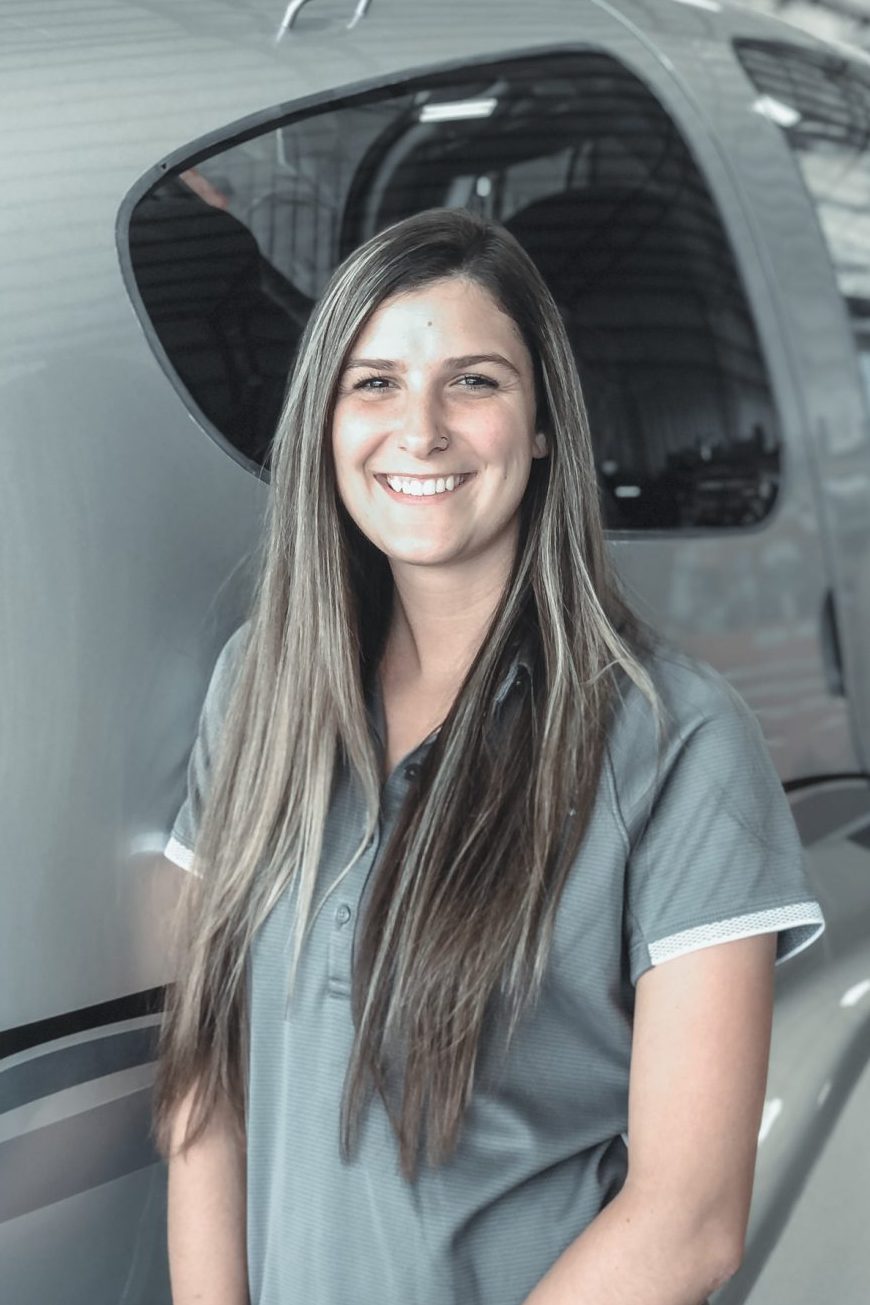 At 15, Courtney realized her passion for mechanical work and soon began looking into different mechanical industry careers. Courtney found Laurel Oaks Vocational School met her needs, and she started taking courses there. While enrolled, educators discussed Courtney’s interests with her and encouraged her to get involved in the aviation industry. Both of Courtney’s grandfathers had ties to aviation, so she felt she had found her calling when she realized she could combine that piece of family history with mechanics.

In her role at LMA, Courtney manages all of our aircraft parts and monitors those in use. She also runs LMA’s used parts website and ensures that all warranty claims are up to date.

Courtney is from Greenfield, Ohio, and joined the Lone Mountain team in January of 2019.